On 1-12-15, in a late afternoon nap, I drempt I was at a train station where passengers would depart and arrive from trains. But there was great trouble at the station. The trains weren't working right and endangering people. I remember having drapes over the area where the trains would arrive from one side of the tracks, to hide people's view of the trouble at the station. The station had construction going on and there was trouble with cars of the trains functioning. I was trying to keep people from wanting to get off the train by having the drapes hide their stop or departing area, so they would stay on that train and not stop in the troubled station. One woman got off the train and boarded another, and I tried to warn her of the danger, but it was too late. The train had started to take off and I wanted her to be seated to the side of the train, but thru the middle of that train, the seats of the train began to move, but her seat didn't and her legs were badly injured or cut off from the seats of the train moving and she wound up pushed to the back of the train. Others on that train seated to the side weren't injured but she was. I felt helpless to save her from her fate as the chairs moved to crush or cut off her legs. 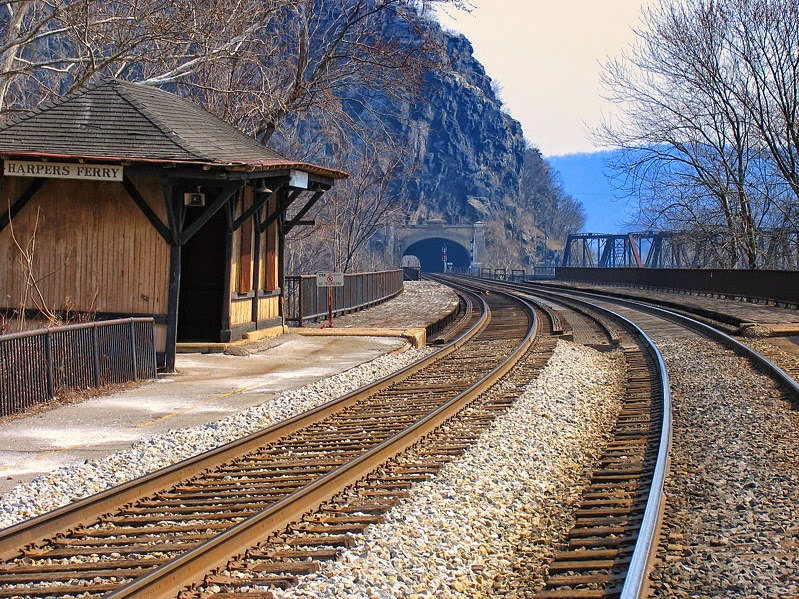 In our journey thru life, we are destined to arrive and depart from certain stations in life, but sometimes, thru no fault of their own, the circumstances work against some people's destiny. Sometimes, things must be hidden in order to keep people from getting on the wrong train. That was the drapes I was using to try to encourage people to not get off at that station that was under construction and dangerous.

Some stations in life are dangerous to some people because they are only partially constructed and their full picture and purpose has yet to be completed. Wrong timing has derailed some lives and injured some people. We should warn people in the dangerous areas to not board certain destinations. Others who are already aboard those trains were seated in the right place and were not in danger or injured. One train and seat for one does not mean that same train is good for another. While the train may have a certain good destiny for one, it may not be right for another if they are seated in the wrong place on that train. The train may be good but the seat may be wrong. The purpose and destiny may be good, but the place seated in it may be a danger to one.

Not all knowledge is good. Some knowledge must be hidden or draped so those with a certain destiny may arrive to where they're supposed to be or to be moving on to another station where they can arrive and depart safely.

There are also stations under partial knowledge construction and without full knowledge, can derail or injure someone, due to it needing to be fixed or fully functional to be safe. We must be aware that in all things, we need to be lead of the Spirit and not guided by our own understanding or our own knowledge. We must walk humbly so we are not presumptuous to board a train or a seat on a train that is not for us.

The tricky part, where some people are derailed is that they board a train that is good, but then fail to pray to see where they are to be seated on that train. Along every step in life, we should pray to be seated where the Spirit would lead us. We should not be lead of just one broad step or destiny, but all along the destiny, seek the Lord for every step of the way, for not just every station in life to stop at, but to know where also, to be seated aboard that destiny. Unless our steps are ordered of the Lord, we could become victims of circumstance. Unless our departures and arrivals in certain destinys are moved of him in us by the Holy Spirit, we run great risk of trouble ahead. Be careful of the risks you take in life and always be fully in prayer to check it with Yah.

It was heart wrenching, watching the woman loose her legs and I felt the Lord's heart go out to those who have been derailed in life. God never stops loving those who are derailed but all the more, his heart goes out to those injured in life and victims of circumstance.

This message was given to awaken all to see, that no matter what bad circumstance arises, it does not change his love towards us. Our faith should not be shaken from the troubles of this life. His heart goes out to us, even more so, to those in terrible circumstances and even to those who awaken to see their sin has lead them down a certain destructive path.

If we will confess our sin, he is faithful and just to forgive us our sin and to cleanse us from all unrighteousness (1 John 1:9).

Be encouraged if you're derailed. Have faith that God will be glorified in your situation. Give him time to work it out. Let your faith arise in the goodness and power of God. And if your time is up, well then, it is up. Just rest in the true destiny, not here on earth, but with him in glory. Don't get too attached. You have a life with him far greater awaiting than anything here on earth.


In Christ, Weather
Posted by Weather at 7:15 AM No comments: